THE WORLD OF WORK 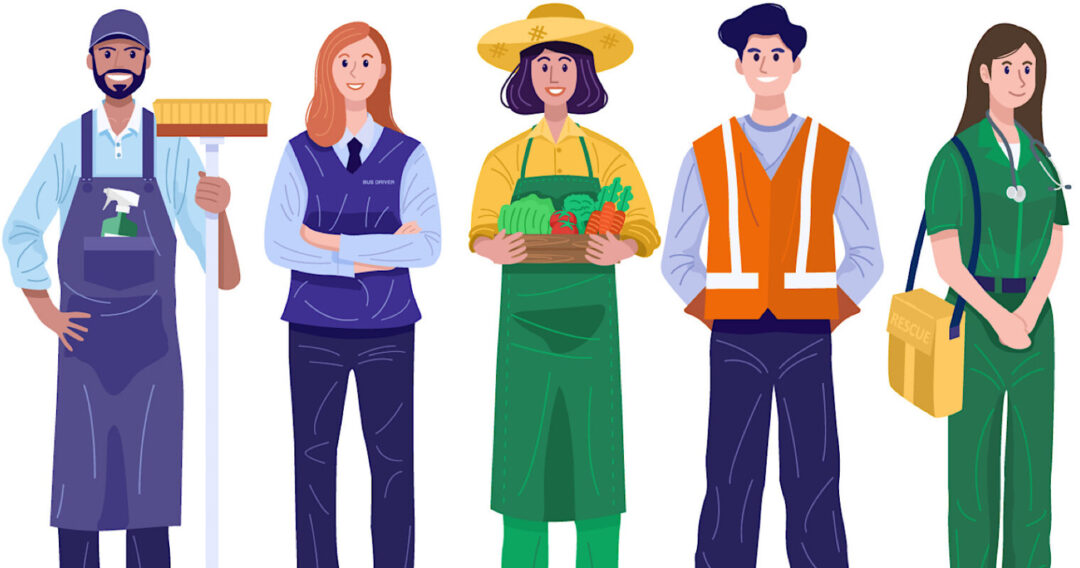 Raichle made a remarkable presentation about the world of work with a presentation. She carried out a detailed description of each of the jobs that she had performed during her life from young age until now. Some of them belong to childcare, industry, farm and services.

She had a lot of different jobs. During High School she was a babysitter for her neighbour taking care of her kids. But her first real job was a swimming instructor in a local pool teaching small children during the summer but she wasn’t very good at it. However she was trained and learnt first aid and rescue people. She taught us the expression: “Fake it ‘till you make it” meaning that you are learning at the same time that you are teaching. Later she was an intern in a Science programme of a non profit organization called Saturday Academy at her High School during the summer.

During the summer in 2012 she was in a laboratory doing research and her job was very boring waiting for machines to finish scanning data. She advised us to try a job since you can end liking it or not. When she was a senior in her last year of High School in Portland she worked as a barista and server (bartender) making bagels and coffee in a Bagel shop. Then when she was in the university she earnt a scholarship in a school in Switzerland working in administration as an administrative assistant. She scheduled appointments, brought clients and handled paperwork. She helped international students to get their residence card or scholarship assisstance.

Then she worked in a tea shop as a tea blender during her university studies for 3 years. It was her main job in Bellingham, Washington. The company was made of five people. It was her favourite job. After her university classes she spent all afternoons making tea. She collected the herbs, mixing them in a bowl, tinned them and labelled them. She worked in production. She was not serving a hot cup of tea to a customer. She also listened to podcasts and chatted with her friends. During the summer she worked for the American Alpine institute. She was an equipment specialist and retail. The company organized trips for people who wanted to go mountain climbing. She would have to teach them about the equipment they needed such as climbing boots, climbing shoes and ice axes. She would go mountain climbing and rock climbing every time she had. That job was superfun and an adventure.

Afterwards she was a sales manager in REI company selling outdoor equipment. She was hired because she had spent so much time in the outdoors. The shop was a huge building with tall ceiling, staircases and all made of wood inside. She just taught people how to use equipment like her other job but it was more focused on any kind of outdoor experience. Imagine you are going to go for the first time camping and you don’t know exactly what you need. So she would help people try tents, get inside a sleeping bag to see if they like it. During COVID things changed a little bit but she was able to teach people about that. Retail is a hard workplace because most of the time there are more customers than employees, so there are juggling priorities.

Many countries have agreements with other nations that allow young people between 18 and 30 to travel on a working holiday visa. In New Zealand, Australia there are a lot of young people who travel out of the country so there is a workers shortage. This means that there are less employees than jobs. So they have to incentivise people from other countries to go and work there. You can work for a year in whatever job you want. When she went to New Zealand she had two jobs. Her first job was as a kiwi fruit laborer and she worked in an orchard in North Island, New Zealand. She was climbing kiwi trees. She worked 10 hours a day during the heat of the day. She was using her arm muscles and on her feet all day. That job was really difficult and helpful because she could earn a lot of money in a short amount of time. She did that job with her exboyfriend for ten days in a row and then a couple of more days and that was enough to buy their van that they lived in. It was a worthy investment and use of their time. Now she empathies with the work farmers do. And then she was a bartender at the Portlander in Wellington.

She worked in a restaurant as a bartender and it was one of her favourite jobs. She was making drinks and serving people. She was never bored because there was always another thing to do. She was cleaning the bar. Every week her manager Antonio did wine training so that she would learn about the different kinds of wine that they sold. And at the end of the night Antonio would teach her about whisky because wine and whisky were the two main drinks there. So she worked in a fancy restaurant and went back to her van where she lived . It was funny to imagine. There were two places: bar and restaurant. So people could come just to sit at the bar and  had a meal at the restaurant. Bartenders made the drinks for everyone so a person would come up to the bar thinking he would get his drink quickly but there were always previous orders from the restaurant that he didn’t know about. So she had to take care of everyone and make sure that they all were happy. Then she came to Spain to work in Puebla de Vicar as a language teaching assistant.

She is teaching English to High School students as a language teaching assistant. She would never have imagined she would end up here. Doing this job is not something she had planned. She applied on the very last day that you can submit applications to this programme. When she got in the main reason she chose to come here was because COVID has just happened and she couldn’t think of anything else to do.

She taught environmental education in Colorado. That was her first time teaching. She had always been teaching outside. Teaching students inside in a classroom is different for her. She would normally plan activities, go on a hike and watch birds or learn about natural systems. She likes IES La Puebla and those were the paid jobs that she had done. There is also unpaid work. There are a lot of reasons why you might want to do it. The main one is if you want to go to university and if you want to have a more professional job. Having volunteering experience is very helpful to put on your resume. If you can say you’ve done some work that was unpaid, employers are going to see that you have initiative and that you are trying hard. So she recommended volunteering. The second reason is because you are really passionate about something. The first place she volunteered was in Bellingham, Washington where she went to university and she worked there for three years. She worked with an organization alongside her real job where she was paid. Rosalinda founded a farm worker CO-OP (community operated bussiness). The farmers were often from Mexico, they would come to work on the fields and send money back. They were often exploited because they are undocumented. This means they don’t have a visa to work. So it is easy for employers to pay low wages and force people to work more hours than they should. They live in communities which are unhealthy and unsafe. They don’t speak the language of the country where they travelled.

There were illegal people who came to USA and they were taken their passports. Unfortunately USA was not kind to undocumented workers. Those people had a lot of risk of being deported or separated from their families. There was an organization which helped farm workers to unionize. It means to be a group of workers that can legally ask for rights and as a union you and your employer come to an agreement about working conditions. There were incredible women she met. She felt really lucky she had the chance to volunteer with them. Volunteering is a good way to be involved and to learn more about your communities. Moreover when she was at the university she started a CO-OP which is a community operated bussiness. Normally one person owns the store but in a CO-OP you might go to the store and pay 20 euros and you become part of it. So the store is now owned by everyone. Her best friend and her started that CO-OP because most of the climbers in their community were white men. They were some of the only women who were climbing and they wanted to change that. They had learnt how to teach other people and they found a group of leaders that would help them. It was a long process that took over a year to just start because they had to get money. Therefore they applied for grants from their university. It accepted their grant and gave them two thousand dollars to spend on the CO-OP and they bought climbing equipment such as harnesses, quickdraws, carabiners and climbing ropes. Then if you join the CO-OP you can use the equipment for free. As climbing is expensive this was a way that they made it accessible. So they had equipment and they organized climbing classes.

They taught everything from basic climbing to multi-tech climbing. They taught all different kinds of climbing and in the first two years they helped two hundred people learn how to climb and that was really rewarding. It was a long work but later it became really fun. The last thing she wanted to talk about was “oil and water” which is her podcast. Her friend Ron who was an Indigenous from North Dakota appeared in a photo.  Her mate Joe and her interviewed people who had been affected by fossil fuel developments. They asked them how pipelines had impacted their community. Then they created a podcast where they talked about it,  they listened to their voices and shared their stories. That was another unpaid  job and she does it because she loves it and it is very important to her.