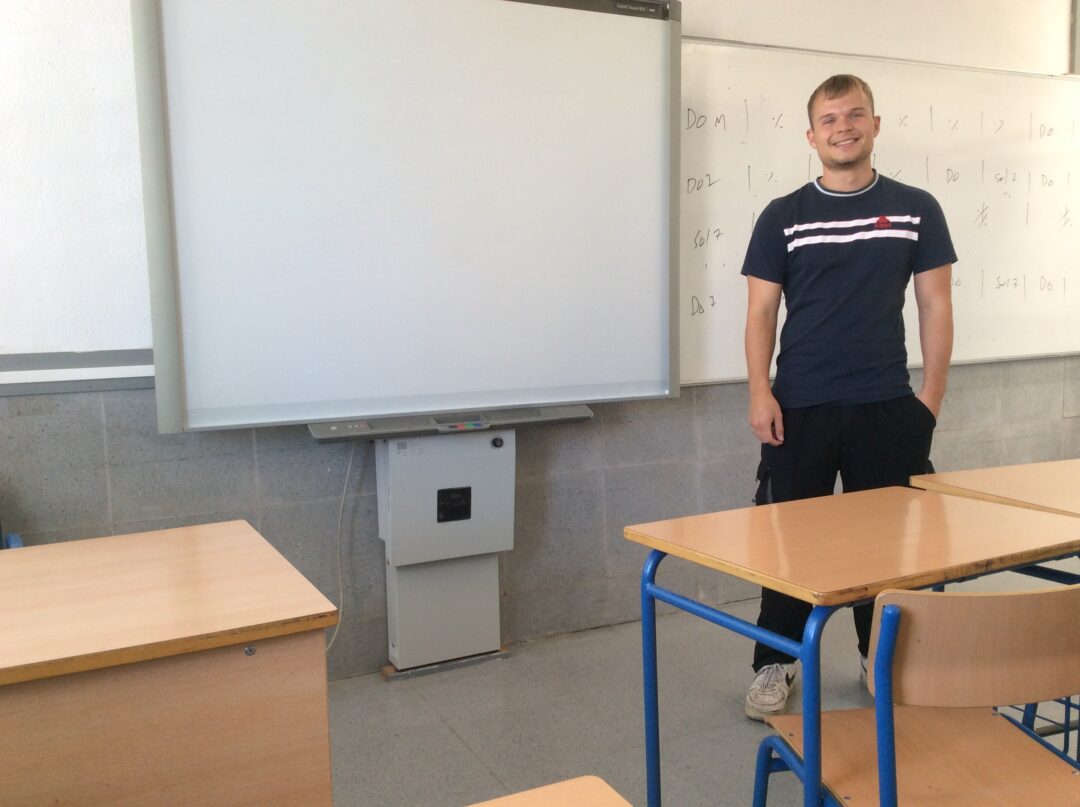 I like to go on trips. I am going to say because in England for a trip we say holiday. It’s a bit confusing but when I say holiday, I mean trip. I like to go on holidays as much as possible. For me, I think going abroad, visiting different countries and seeing different cultures is one of the best things to do. It’s a valuable way to spend your time. It’s something that I like to do quite a lot. I’m very lucky. I’ve been to quite a lot of countries now. I’ve been to quite a lot of countries in Europe and few outside Europe as well.

I spent a month in Morocco seeing all of that. It’s very cool seeing their way of living, their different language because some languages in Europe sound very similar to English in some ways. You sort of see the similarities, but Arabic is completely different. It’s very cool to see differences in the language, their way of living, the foods. For me it’s one of the best things you can do when you go travelling. It’s to go somewhere with a different culture, different way of doing things. It’s one of the reasons why I like to be here in Spain because for me England is quite heavy busy country. We say it’s a hundred miles an hour.

We don’t have time to relax. We are always working and I don’t like it. I prefer to be more relaxed. That’s one of the reasons why when I was younger I visited Spain. I sort of saw the life out here, what I liked and wanted to do. So I decided to come and stay here when I moved to places. I came to this as sort of a trip to me because most likely I want to stay the rest of my life. For me it’s the coolest trip. It’s a long trip, a long holiday but I still see it as a holiday. For me one of  the best things about Spain, most specifically the south of Spain is the lifestyle is more relaxed.

I came here and everything is more relaxed. People can go to the beach and even working is more relaxed in the school environment I can be sort of friendly with students. You guys know me by my first name rather than Mr. Marriot in the college. The general pace of life is slow. I also like to take a break from whatever the situation I’m in. For example this week coming up that we have the bank holiday from Monday to Thursday and I don’t work on Fridays.

I’m going to see some people I knew from last year and then to Murcia to see my girlfriend. We are going to eat some food, probably watch some football. She likes football as well. And then I’m going to see my friends in Cartagena. Probably we’ll watch football because it’s the world cup. We’re going out to eat some food, to the beach depending on the weather if it’s good or not. I will try to relax. For me I love holidays, visiting new places.

I love to see a wide range of differences how people live their lives. For me, I find it very useful to take with me. Even when I get back to England I am going to take some of the things that I’ve seen here in Spain. For example, one of the main differences here is family. It’s closer here in Spain. I’ve noticed that in my Spanish friends here and I think it’s quite nice. When I get back home I’m going to make more effort to make my family closer. I like to see different cultures to make my life better.

There are some things that I want to do after I finish working here in Spain. So, I finish working here in the end of May. I’d probably stay until the end of June. I’m going to go back to England for a little bit, working a little more and then hopefully in sort of autumn or winter or next year, so about a year from now, I want to go to South America. I want to travel to South America for a few months. As I studied History, for me, Peru is very interesting. In all the centre of South America we have a lot of history. We have the Aztecs, Incas and Mayas. I find the periods of History very interesting and I would like to see their historical sites.

In South America nature is pretty cool.  So I want to see the rain forest. I’m very interested in seeing different environments from those we have here, in UK or Europe. The same as before I want to go to South America to try its foods, in all countries of South America there are different types of food I want to try. That’s it to meet the people and try to learn some Spanish because the Spanish in South America is not easier to understand.

A place where you buy tickets and you get to go on different trains in Europe. About your age, I finished school and I went with four of my friends and we bought one of these tickets and travel around eight different cities in Europe. So we went to Amsterdam first, then to Berlin, Prague, Budapest, Split, Bless, Munich and Manor.

← OLIVER’S FESTIVALS AND CELEBRATIONS QUESTIONS FOR TRINITY B1 →